Deep Canvassing is an engagement tactic that strives to be transformational instead of transactional. It aims to help people make new meaning in the face of crisis and then act on that new meaning.

Over the last year N2N has been developing a community outreach approach known as deep canvassing with national partners that has proven to be the most effective method for shifting opinions among voters.

In last year’s Presidential election our C4 worked with our national partner People’s Action, to shift opinions among voters. Just under half of the people we engaged shifted their opinion in a positive direction  and a quarter moved from one part of the spectrum to another. In this effort, we contributed to 20,000 texts and calls to voters in the city of Philadelphia.

We are partnering with People’s Action, sister organizations in NYC, Minneapolis, and faculty at Columbia University to test movement and persuasion rates with low income communities of color in local elections. 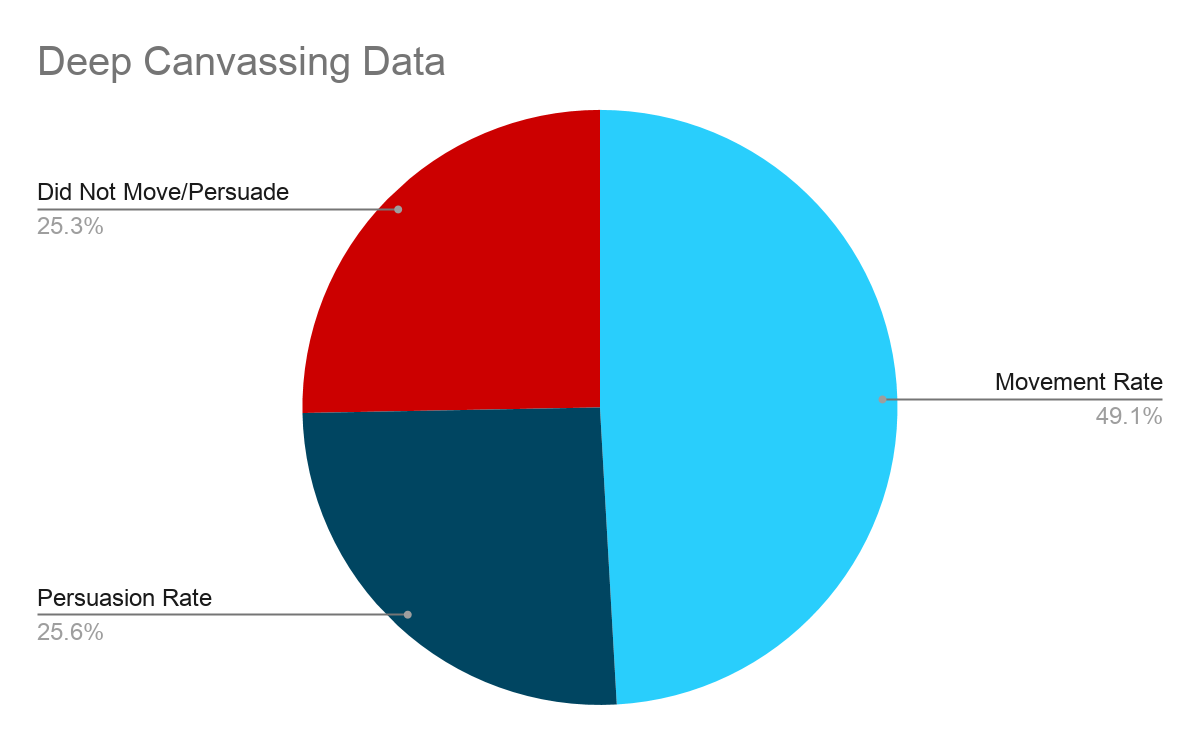